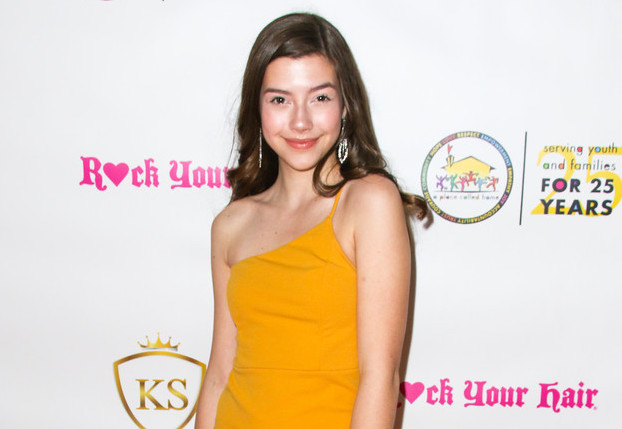 Sissy Sheridan is a 15-year-old actress from Washington, D.C. She is most known for her role in the web series “Chicken Girls”. She has also appeared on the Netflix series “Maniac”.

Sissy was born on the 15th of June 2004 in Washington, DC. She has an older brother named Julian. She started acting when she was 6-years-old. Her mother signed her for a musical theater camp and she fell in love with acting! When asked with whom would she like to work in the future, Sissy said “Meryl Streep”.

She uploaded a video on her YouTube channel, and from it, we know that she is homeschooled. She trained as a dancer in tap, ballet, and jazz in her local community theater. Another interesting fact about Sissy is that she grew up with three dogs.

Sissy started her career as the host of Nickelodeon’s “DIY With Me” series on YouTube and as “Angie” on web series “Chicken Girls”. In order to get the role on “DIY With Me”, she needed to make a specialty using only a water bottle, washi tape, 2 paintbrushes, paint, and scissors. Sissy made a bangle wrist trinket and a monogrammed barrette holder. She only had 10 minutes to do that.

In 2018 she landed a regular role in Netflix’s “Maniac” as Asia. Maniac is an American psychological dark comedy-drama series. To be in the show was a real success for the young star. She acted alongside Jonah Hill and Emma Stone.

Sissy also has been a part of independent films, including “For Hope,” “Homeless Bound”, “The Catcher”, and “Paper Airplanes”. In addition to her acting, she has a TikTok account and has almost 2 million followers. There she posts dances and funny sketches. Every video of hers has at least 500k views.

Sissy also made a YouTube channel. She posted 2 music videos on her channel. In 2018 there were some vlogs uploaded too but she stopped posting after a while. She also has a large fan following on Instagram. Her Instagram account as of March 2020 boasts a massive 1.9 million followers.

The 15-year-old actress/social media star currently stands at a height of 5 feet 3 inches or 1.60 m tall. Her weight is approximately 50 kg or 110 pounds. Her body measurements are not available at the moment. Meanwhile, her hair color and eye color are both dark brown.

The 16-year-old talent has really made an image for herself at such a young age and has accomplished so much. Being a host of a famous tv show, acting in several movies and shows, acting alongside Jonah Hill and Emma Stone. That’s what we call success!

As of 2021, her net worth is discussed to be around approximately $700,000 to $1 million. We know for sure that in the near future, the only way to go for her is upwards!