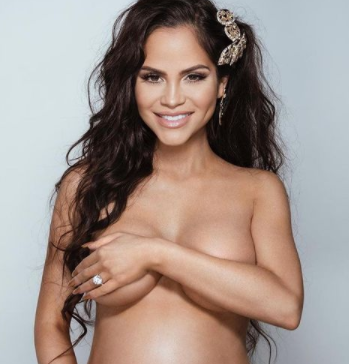 Natti Natasha Net Worth: Natti Natasha is a Dominican singer and songwriter in Reggaeton, bachata, and Latin genres. Through her music career, Natti has a net worth of over $1 million.

Natalia Alexandra Gutierrez Batista, born in Santiago de los Caballeros, Dominican Republic, on December 10, 1986. Natti was inspired by artists such as Bob Marley, Jerry Rivera, and Lauryn Hill. She continues to cite them as her favorite and most inspirational artists.

Her talent began to unfold while singing in her church choir. After her parents realized how talented Natti was, they supported her through the School of Fine Arts in Santiago, Dominican Republic. Natti enrolled when she was only 8 years old.

While learning to dedicate her singing professionally, she joined a musical group called “D’Style” during her teens. The group disbanded and Natti began to look for other opportunities. Natti Natasha then signed with a music group called Orfanato Music Group.

During her exploratory years as an unknown artists, Don Omar of Orfanato Music Group caught her talent. In 2011, they both recorded the song “Dutty Love” making it the, arguably, the biggest hits of 2012 and launched Natti Natasha’s career through the world. This especially hit market with Latin listeners in the Americas. Natti was also nominated for a Latin Grammy.

Apart from her music career, she also guest appeared in various TV shows. Natti has also appeared on magazine covers such as People’s magazine (en espanol).

In February 2021, Natti Natasha announced that she is expecting a child with Raphy Pina.